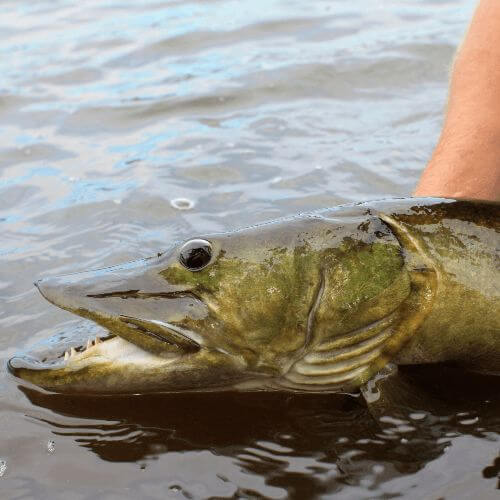 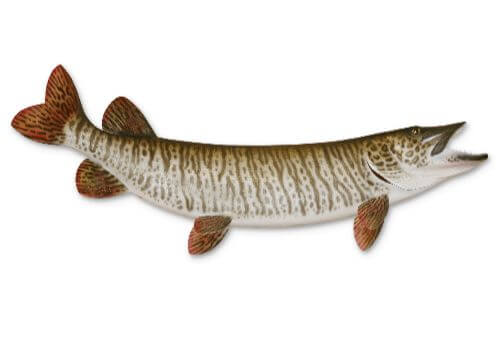 Muskies are commonly confused with northern pike, but there are two easy ways to tell the two apart. Muskies have a pointed tail, while the northern pike tail is rounded. Muskies have dark stripes along their body, while northern pike have light spots. Muskies are powerful predators that eat prey over 50% of their body length. They eat a wide variety of fish and if possible, they'll eat amphibians, small birds and small mammals.

The below International Game Fish Association (IGFA) muskie world fishing records are up to date as of 2019. 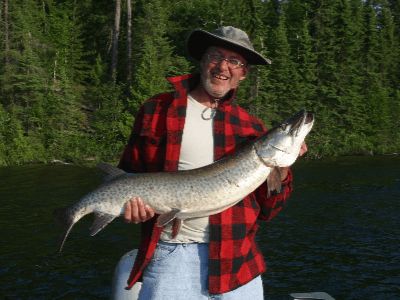 A picture of a muskie (E. masquinongy) caught on a fishing trip.
(Credit: Sunset Country / Flickr) 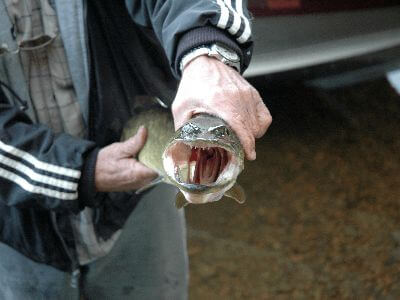 A close-up picture of the teeth of a muskie that was caught while fishing.
(Credit: joeythelemur / Flickr)