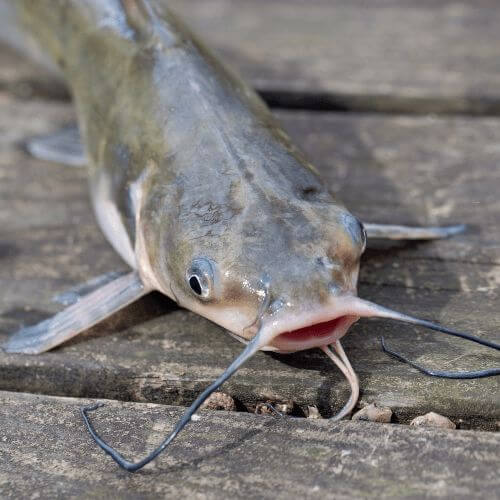 Welcome to Apex Fishing Tips, this section of our website is devoted to catfishing. On this web page you'll learn about catfish (three specific species) and catfishing. The information below will help you catch bigger catfish, more often. It doesn't matter if you've been catfishing for years or just starting out, we have tips and information that will help you out.

Below you'll find 8 catfishing tips that you can use to improve your chances of catching different species of catfish, specifically blue catfish, channel catfish and flathead catfish. Our catfishing tips are useful to both expert and novice anglers. If you have any tips on how to catch fish and want to see them listed below, please contact us to share them.

Along with 8 catfishing tips we're going to teach you about blue catfish, channel catfish and flathead catfish. We also have the latest world fishing records for catfish. In case you still need more information on catfish and catfishing we provide additional resources. You'll also be able to view some awesome catfish other anglers have caught. 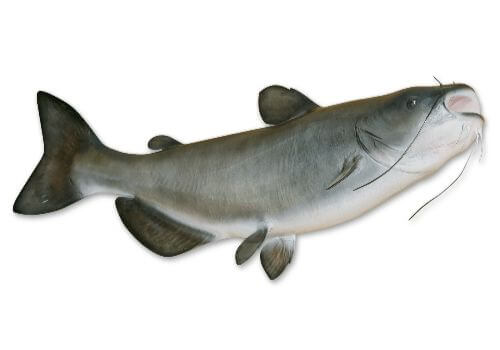 The blue catfish (Ictalurus furcatus) is the largest native species of catfish in North America. Blue catfish can live up to 20 years, allowing them to reach a weight greater than 100 pounds. They're most common in rivers but can be found in lakes and large ponds. Blue catfish have a blueish-gray hue and between 30 to 39 rays. They're considered opportunistic predators and will eat whatever aquatic prey they can catch. Their illegal introduction to some bodies of water has them labeled as an invasive species.

The channel catfish (Ictalurus punctatus), commonly called the channel cat, is the most widespread catfish in North America. Channel catfish are omnivores and they're a wide variety of live baits that good for catching them. Minnows, nightcrawlers, crickets, frogs and sunfish are excellent choices for live bait. You can even use chicken livers purchased from your local store to channel cats. Avoid their sharp dorsal fins and spines when you remove a hook from a channel catfish.

The below International Game Fish Association (IGFA) catfish world fishing records are up to date as of 2019. 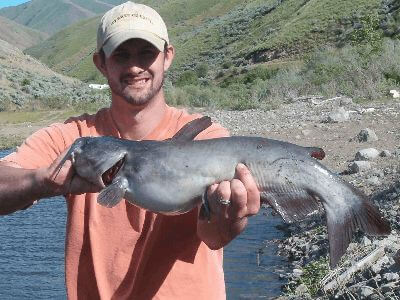 A picture of a blue catfish (I. furcatus) caught on a fishing trip.
(Credit: Tom Sorenson / Flickr) 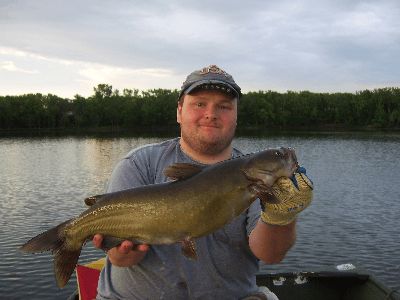 A picture of a channel catfish (I. punctatus) caught on a fishing trip.
(Credit: Brian / Flickr) 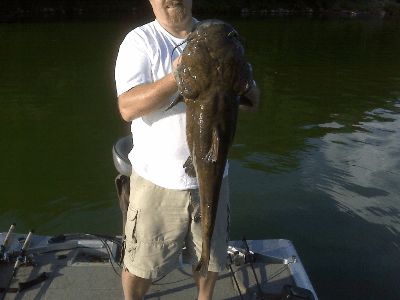 A picture of a flathead catfish (P. olivaris) caught on a fishing trip.
(Credit: iowadnr2 / Flickr)